First, let’s assume you don’t know about Boonsource or Booster.

Boonsource is yet another way Lightsource embraces the opportunity to give back to the community. It is our marketing assistance program that helps non-profit organizations with specific marketing needs. To learn more, click here.

Booster empowers anyone to raise awareness and funds for a cause, loved one, group or project through campaigns driven by the sales of custom-designed/cause-branded merchandise, donation campaigns, or both.

Next, let us tell you about a local team that applied for help. 14 remarkable boys created a winning soccer team. However, they were constantly struggling with the rising fees required to play the wonderful sport of soccer at a club level. Many of the players could not afford to play. Their teammates did everything they could to share the expenses to keep their team together. In the end it wasn’t enough, so they decided to submit a request to Boonsource. And in turn, Lightsource utilized Booster to obtain the required funding to keep the team playing. 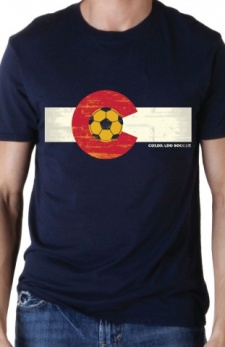 Lightsource developed a number of t-shirt designs for the team to select their favorite. “Colorado Soccer” was the chosen design. Lightsource then established a campaign on Booster.com. Our unique artwork for the t-shirt design was submitted, and the campaign began its 21 days of promotion. We posted the campaign to multiple social media platforms as well as reached out to friends, families and other soccer fans. It was a slow start, but after two weeks, the word was traveling and sales were increasing. At the end of the campaign, we sold 106 shirts and raised $228.41 in additional donations, resulting in the grand total of $1,340.35. This was enough to keep the team together for the rest of the season.

Throughout this process, we learned a few things that you may find helpful when you start your own Booster project.

Booster allows you to design a t-shirt using their online tools. When the team asked Lightsource to design a t-shirt, we had to remember that we were not designing a t-shirt for the players to wear, but instead we were creating a t-shirt that any soccer enthusiast would want to wear. We submitted a unique design, and the shirts sold just because they were cool.

Booster is easy to use and their hands-on support was there every step of the way. We investigated many merchandising fundraising models and decided on Booster. One of the top reasons we chose Booster was because of the 20 shirt-order minimum (many are 50 or higher). In order for the t-shirts to be printed, the project must sell at least 20 shirts.

Put a spin on the ask.

The soccer team had many fans and supporters who wanted to see the team continue to play. They wanted to help the team, but some of them didn’t want a shirt for themselves, so we asked if they instead would like to purchase one for one of the players on the team. In the end, it worked! Every player received a shirt, and the team made a profit on each shirt sale.

Reach beyond those that you know.

Soccer fans are simply avid about soccer. Of the 106 shirts sold, less than 35% were purchased by family and friends of the team. The others included people like a member of the Colorado Rapids management team, an adult league player from Denver, a previous Colorado soccer coach, and more. Think broadly about who might want the shirt, not just who wants to donate.

Booster provides immediate notification of a shirt sale. Hence, the team was able to send thank-you emails promptly to each donor (which is also handled through the slick Booster system). The responsiveness was so well received that many communications continued beyond the shirt sale.

Booster recommends that campaigns run for at least 2 weeks. But it depends on your project. It can be tricky to decide, and we saw the greatest response come when we told people that the campaign was ending. The soccer team was on a very short timeframe in order to raise enough money before the season began. However, if you have the time, you could set a longer campaign to broaden reach.

If you are looking for a fun approach to fundraising, consider a merchandise campaign. It was the right fit for the Lightsource Boonsource assistance and the soccer team.