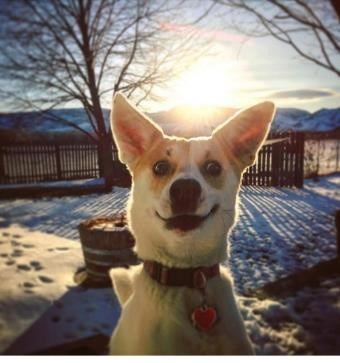 Named after the Mendenhall Glacier in Juneau, Alaska, Mendi is a 3-year-old heeler/terrier rescue pup who loves spending her Fridays at the office. She even gets excited at the mention of “Lightsource” as she knows that means lots of attention, walks, dog buddies, and most importantly, treats from Lisa's office! Her primary job is defending her mom, Kaitlin, and the rest of the office from the evil pedestrians walking by – they certainly cannot be trusted. 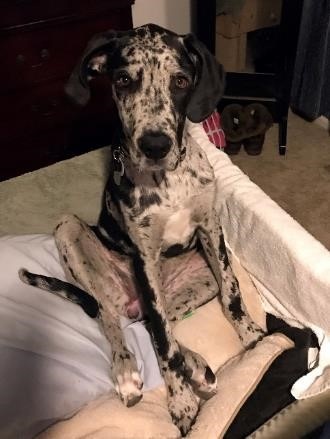 Magnolia is our newest office addition. She is a five-month-old, peanut butter-loving, Great Dane pup who is bigger than most of the humans in the office, but she doesn’t know that yet. She loves hanging out with her dad, Tom, who is one of our graphic designers, and playing with her older sister, Pipa. She just recently graduated puppy obedience class and lost her last puppy tooth. On to being a teenager! 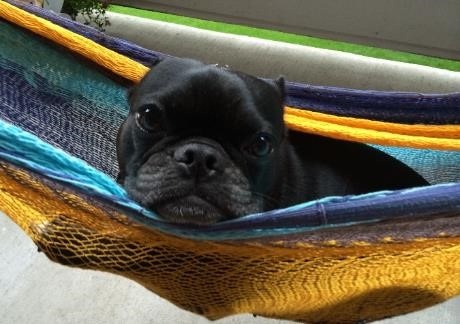 Her significantly smaller, older sister is Pipa the 13-year-old Pug/Boston Terrier mix. She loves food, going for walks, food, sunbathing, food, lounging on the couch, oh, and don't forget, food! Pip has the sweetest disposition. Everyone that meets her loves her. 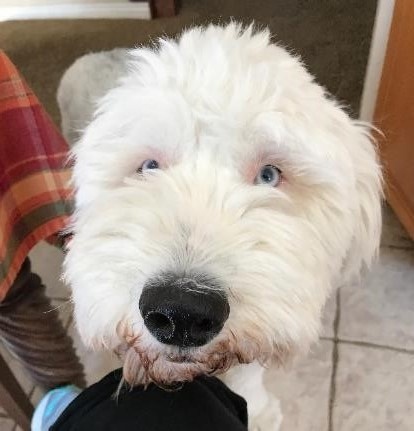 Oakley is an Old English Sheepdog pup whose mom is our intern, Lauren. She loves her toys more than anything and makes sure to bring you one whenever you arrive back home. Panic ensues if there isn’t a toy nearby, and she has been known to rip phone chargers out of the wall to use as gifts instead. She has high hopes of getting to hang out at LCC and meet the team sometime soon. 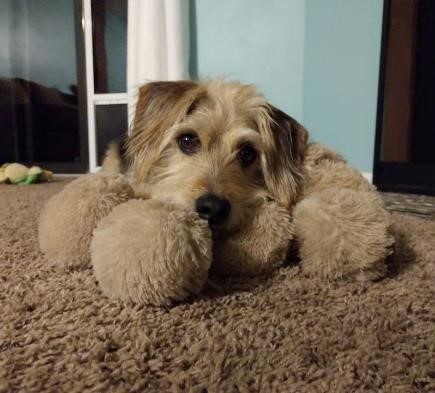 Bentley is a 5-year-old beagle/terrier mix, and a frequent flier here at Lightsource. He met his mom, Jamie, on Craigslist when he was just a pup and it was love at first sight. He starts his days by waking up his mom at 7:30 for a treat, then promptly heads back to bed until 11. When he stays home he makes sure to wrestle with Humphry the stuffed animal. On his days spent at the office he keeps himself very busy by yelling at skateboarders to dismount and saying hi to dogs passing by the windows. He loves feeling the wind in his ears when the car window is rolled down on the way home. 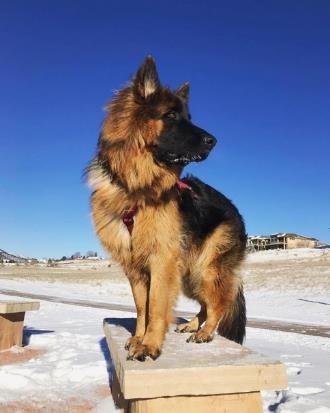 Our founder, Lisa, is the proud grandma to Moose, a long-haired German Shepherd. This furry guy loves nothing more than the snow and moving water like rivers or streams. Although he is only a year old, he has already managed to visit the office several times. 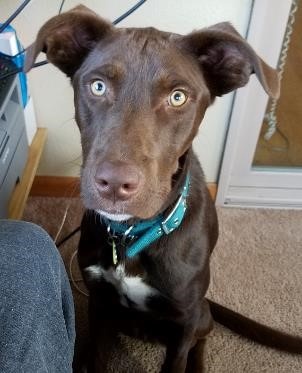 The husband of a passionate veterinarian, Gordon also believes in acquiring pets from animal shelters whenever possible. Tulio is the latest in a string (including Luci, former Lightsource mascot) of such rescues. He is a one-year-old chocolate lab mix with an infectious personality. Gordon's daughter, Lillian, is training him to be a service dog to assist the elderly, and he has already learned a dozen tricks, such as closing an open door. A leftover from his youth as a stray on the street, he's not too thrilled with traffic. But he's learning. 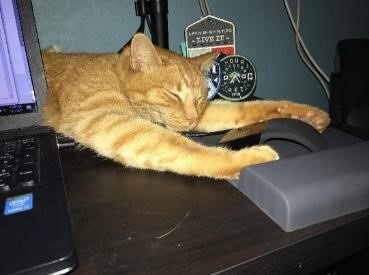 Dogs are welcomed around here with open arms; however, our founder, Lisa, has rescued several cats over the years. After fostering four kittens named Macaroni, Ziti, Gemelli, and Rigatoni after their mom, Pasta, they adopted Macaroni. His name is now Carlos, after the baby from The Hangover. This happy orange cat loves to talk and stretch out next to his mom’s laptop. 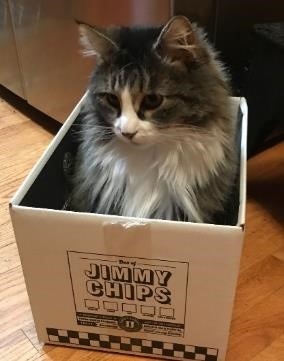 His sister, Rue, is a tabby who was adopted as well. She is much quieter than her brother, Carlos, but she is so sweet. She absolutely loves cardboard in general, but especially boxes, as they make the perfect place to hang out. 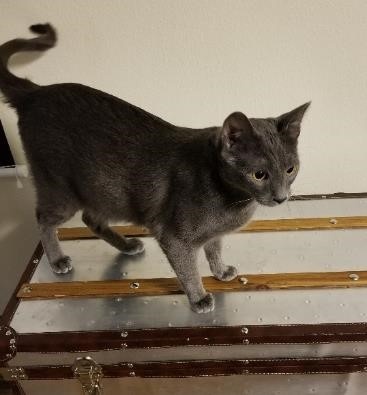 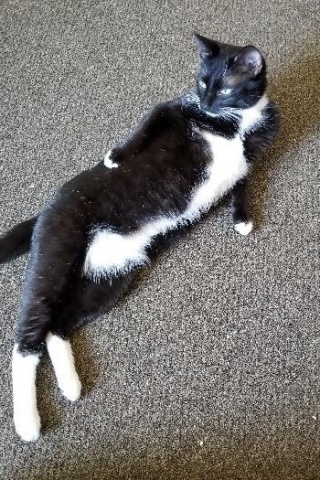 Two cats occupy the apartment of Juan. Meet Neptune and Mr. Bond. They technically belong to one of Juan’s roommates, but he looks after them from time to time. Mr. Bond is named for his tuxedo-like fur markings, and white gloved paws. These sneaky brothers love to hide under Juan’s bed, and the only way to get them out is by tapping on their food bowls. They love to get a good read on what all the humans are doing (or eating) by hopping up on anything they can find.  Their other favorite activities include chasing each other or their feathered cat toys.