Reaching Millions with the US Women's National Team 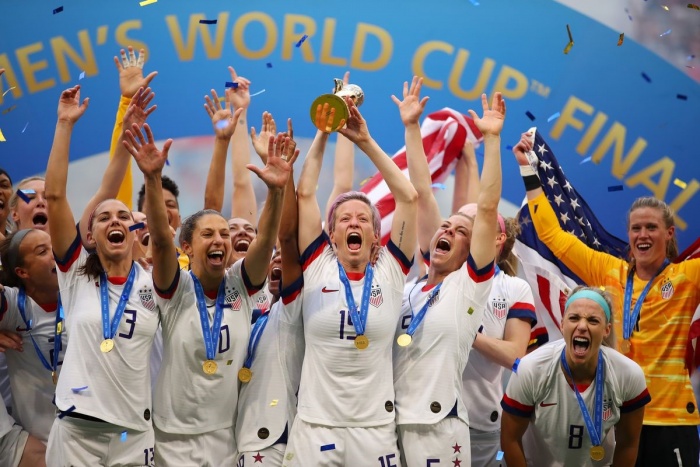 This June and July, France hosted the 2019 FIFA Women’s World Cup, the international football (read: soccer) championship where 24 national teams battled for victory. In the final match, the defending champions, the United States Women’s National Team, defeated the Netherlands. For the fourth time, the Americans won the title to the cheers of thousands of fans, breaking records and exciting young athletes everywhere. Join us as we explore the team, their journey, and the sponsoring companies who partnered with them to share their story and inspire millions.

The world should have seen them coming. After all, they were warned in the Fox Sports “All Eyes on US” advertising campaign. In a series of short spots, which you can see here and read more about here, viewers at home and abroad were told to prepare themselves for the explosive skills of the USWNT, including those of star players Alex Morgan and Megan Rapinoe. Of course, any team can star in epic promos, but only the best can truly deliver on the promises. By the end of the tournament, Rapinoe earned the Golden Ball for best overall player and the Golden Boot for top scorer while Morgan took home the Silver Boot.

Together, the team crushed their opponents’ attempts to score and countered with goal after amazing goal, including impossible penalty kicks, jaw-dropping headers, and split-second finishers. The Stars and Stripes broke records throughout the tournament and showed the world what they are capable of, but many have wondered what made such feats possible. While the full truth has many facets, a major part of the answer lies in the fact that the US invested more in their team than other countries did in theirs. American programs developed the talent and support needed to improve their players until they were world-class athletes. The process took time, but everyone had to start somewhere.

Looking at the team’s biographies reveals an unsurprising commonality. Many began as young girls playing youth soccer (and often other sports) before continuing to high school leagues, professional teams, the Olympics, and ultimately, the World Cup. Thanks to their drive, determination, and the support of friends, family, coaches, mentors, schools, and other organizations, their careers advanced to the greatest tournaments on the planet. 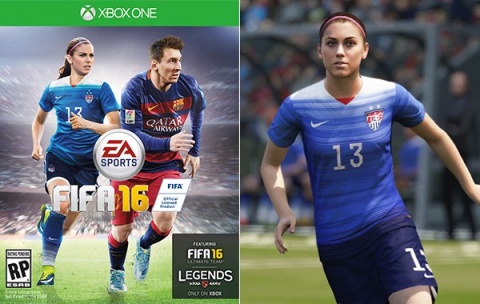 Alex Morgan on the cover of FIFA 16, the first entry in the video game series to include the international women's teams.

Thankfully, dozens of companies have realized the opportunities the USWNT represent and are proud sponsors of the team and some have endorsement deals with individual players. With the help of advertising agencies, companies such as Volkswagen, Secret, and especially Nike have created advertisements to both promote their products and also encourage the next generation of players. Though the media and messages may differ in the details, the general idea is the same: anyone can achieve anything if they believe they can, put in the effort, and have the right support along the way.

The next generation of world champions is watching right now, which is why celebrating the players’ achievements matters. On July 15, 2019, Jared Polis, the governor of Colorado, recognized Lindsey Horan and Mallory Pugh (both natives of the state) during halftime at a Colorado Rapids soccer game. In front of thousands of fans, Governor Polis declared July 15 to be US Women’s National Team Day in Colorado and congratulated the women and their team. It’s likely several eager young fans at the game are also starting their own soccer journeys and seeing successful players like Horan and Pugh being honored gives them a goal to aim for.

Without a doubt, US Soccer would be wise to increase the resources they dedicate to finding, training, and empowering their future players while also supporting their current team. Soccer is a fluid and ever-changing sport, and only those who can adapt stand a chance at winning. The rest of the world watched the Americans take home another World Cup title and every defeat was just another learning experience for the other teams. Across Europe, the number of female soccer players is increasing and there is no shortage of advertisements, stories, and role models to choose from. Make no mistake, other nations are doing their best to catch up to the USWNT’s excellence. The question is, will our next generation be ready? (Calling it now, USA 2023!) 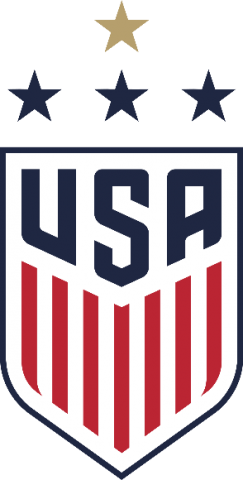